History of the Hanger

Some historians believe President Thomas Jefferson invented a forerunner of the wooden clothes hanger. However, today's most-used hanger, the shoulder-shaped wire hanger, was inspired by a coat hook that was invented in 1869 by O. A. North of New Britain, Connecticut. An employee of the Timberlake Wire and Novelty Company, Albert J. Parkhouse of Jackson, Michigan has also been credited with the invention. The story goes that one morning in 1903, Parkhouse arrived to work to find that all coat hooks were taken. Annoyed, he took a piece of wire, bent it into the shape we would recognize today, and hung his coat. Also credited is Christopher Cann in 1876 as an engineering student at Boston University. 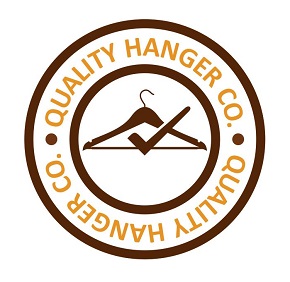 What Do We Really Do?

Quality Hanger Co. was brought to market to bring the most popular hangers to you, at affordable wholesale prices. Compare us to the competitor. We have cheapest prices, yet a better quality product. We have the designs you are looking for. We cut out the middle man to bring you the savings.

We design all our hangers, custom manufacturer and finish each hanger to order. All our hangers are freshly built using the best materials in the world. Our paint finishes are durable and are designed to last. Our colors are brilliant, classy, and timeless. This is who makes lets us stand behind our name, Quality Hanger Co.

Quality Hanger Co. has only one goal in mind. To provide the absolute best quality hangers in the proper sizes, finishes, and styles to the masses, at wholesale prices. Our hangers have been carefully designed and manufactured to the most precise specifications, using the best quality materials out there. We want these hangers to last a lifetime. Let these be the last hangers you will ever have to purchase.

Let us know how we are doing!

We love to hear feedback on how we are doing, or if there is something we are missing. Looking for a certain color? Need a different size? Let us know. Feedback is welcomed, and it helps us develop and be a better product.

What we can do for you

Should you have any questions, concerns, or issues about a potential order, or an order you have already placed and received, we are only an email or phone call away. We are here to help.

We guarantee all our hangers with our 100% money-back guarantee. Should you be dissatisfied with our hangers for any reason, contact us!

All orders placed before 3PM Pacific Standard Time will be shipped out the SAME DAY. Which means you will receive it faster.

Representatives are standing by 7 days a week.

We have 1000's of satisfied customers. Our customers love our product. Be one of them.